Firefighting around the Mediterranean is in need of a holistic plan

The last 150 years we have globally lost 45 million hectares of forest due to fires which added 495 tons of carbon dioxide. This is the loss of about 2,5 milliard trees causing the forced migration of 50 million people. This year we have been taken by surprise by the speed of devastating unprecedented numbers of wildfires around the Mediterranean. Uncontained fires have become a regular event, and Tunis, Algeria, Lebanon, Turkey and Greece hit the international news. What causes these fires and how can we help protect a region that attracts tourists for its mild weather and beautiful nature from turning into a burnt desert?

One of a kind

The Mediterranean basin has 290 woody species versus 135 for non-Mediterranean Europe. We are witnessing escalating fires not seen in 100 or 1000 years before. Taking human lives, resources and threatening the Mediterranean diversity. Sandwiched between three huge land masses, Asia, Europe and Africa, the sea and its region are very vulnerable. Although climate change is affecting the whole world, temperatures have risen 20 percent faster around the Mediterranean than the rest of the world.

In the near future 64% of its non irrigated plants will disappear and 71% of the irrigated plants will be lost due to the lack of sweet water. The Middle East has passed the 1.5C increase in temperature and the dry season can last from 7-8 months. The days that are over 50C are already increasing in the Middle East, there is a decrease of rainy days and snow layers on mountains, such as in Lebanon. If the region faces a 2C increase, wildfires would cause the loss of 87% of its forests.

This crisis is also teaching us new facts about the Mediterranean. For example the fact that there are endemic cedar trees in North Africa. Atlas Cedar tree forests in Algeria are one of the most important and vital parts of the ecological heritage of the country. “The Cedar Tree Association” was founded by young Algerians from multiple disciplines and occupations, from health practitioners, journalists, lawyers, architects and so on. The Cedar of the Atlas (Cedrus Atlantica in Latin) “Al-Arz” in Arabic, “Idhguel” in Amazigh or Berber language, can ascend to 50m and live for several centuries, growing on mountains 1500 and 2500m high.

Global warming and huge fires became a major threat to the cedar forests and they are on the verge of extinction.

There is another aspect to this: in the north of Africa, forests are the home and spiritual homeland of the indiginoues populations. Wildfires destroy a much bigger element than material or even human lives; to its Amazigh populations this is a burning of their cultural, historic heritage and ancestral home. This kind of loss, seen by governments as one more lost place to wild-fire, can bring about not only ecological loss but cultural and social disasters that can polarise societies and bring new tensions. So, preventing forestfires of endemic forests of indigenous people, helps countries safeguard political and social harmony.

In the land with a cedar tree on its flag, wildfires have hit high mountains with 800 year old trees in Lebanon the last three years. These latitudes have known snow which is disappearing, but have never known fire. Forests with trees over 500 year old can burn in hours. Lebanon is now having about half a year of fires, yearly. Big wildfires in Lebanon occur when the temperature is 2C higher than usual or higher, and when the humidity is lower than usual. 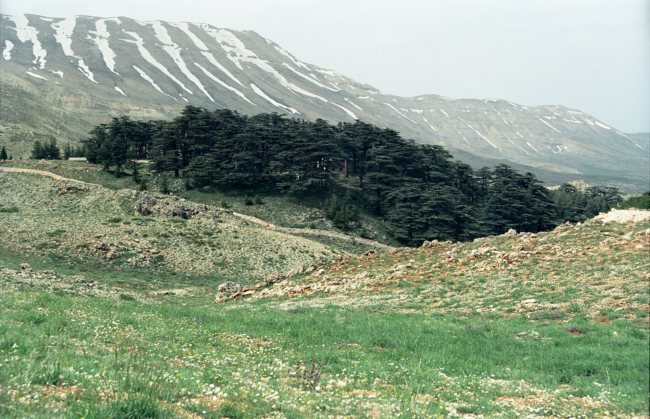 The average age of fires is also getting longer, with some taking 150 days.

Eighty percent of the fires in Lebanon are caused unintentionally by neglectful humans, such as farmers clearing their land when the cheapest way is burning or from campfires or other social actions that get out of hand. The burning of waste in big land-dumps near forests and the proximity of cities spreading close or even into forests without a proper buffer are also critical issues. After 15 years of conscious reforestation, in 2019 a chain of fires that found its way to Syria, destroyed more than 3000 hectares of forests, destroying the work of 15 years  in a few hours.

In 2021in Algeria, 90 people were killed by wildfires. The country is experiencing an average of 1,500 fires that cover 35,000 ha annually and in the last couple of years the number of large fires has been increasing enormously. The estimation in Algeria is that 30% of the fires are from natural causes or caused unintentionally and 70% were caused by arson. Political arson is used as a way of resisting the government or certain powers but end up causing much more permanent and general disasters. Algeria changed its laws and now being the cause of unintentional fire is punishable with 10 years in prison and capital punishment is given for arson.

To find solutions we need to understand the causes of these changes. Let’s look at some of them. The agricultural revolution 13,000 years ago started in the Fertile Crescent and spread from there to the world, changing it permanently. The Mediterranean shores have been especially well cultivated the last thousand years. Where there are plants and forests, there are fires.

Fire forests are an old phenomenon, started by lightning or other natural causes, but their number, the size of the burning areas, the length of their duration and the patterns of how they spread, have changed.

Limited and small fires used to help enrich and renew the soil but big and continuous wildfires cause desertification, loss of biodiversity, erosions and floods. These fires and the news about them destroy tourism built on attractive weather, rich nature and the history of the lands.

Agriculture and tourism will never be the same. The loss of jobs and homes intensifies depopulation and widens the economical gap, contributing to social unrest, destabilising the region and contributing to forced migration. Proper cultivation of the land meant living and tending the area the whole year, the collection of dry wood to cook meant clearing the undergrowth of forests and empty land. Then there were the grazing animals that did their job 365 days a year; there was not much left to burn. Nowadays the countryside, villages and rural areas are quickly depopulated.

Rapid urbanisation plays a crucial factor in understanding the situation. Cities have shaped and continue to shape the world more than nation states. While the global urban surface makes up only 3 % of the land, yet in 2050 about 70% of the world population is estimated to live in cities. Climate change pushes more people from the countryside to cities. This means that vast amounts of lands that used to be populated, farmed and grazed by animals, are now empty or have a few aging people. This has set a perfect stage for regular and huge chains of wildfires. The state of California started hiring shepherds with their flocks to graze the land and Portugal is the first European country that made land management a priority. Urban planning, national and regional planning need to be involved, become creative and maybe use our ancestors and their ways for advice.

Technology is important for new solutions, but that is not always the case. Greece invested 1.7 billion euros in fire-fighting planes and only 20 million euros in prevention. When the planes were needed they could not be used because the waves in the sea were too high to fetch water from. Algeria rented helicopters from the EU and bought four planes from Russia to put the fires off. Lebanon asked for support from Cyprus and Egypt. Fires have become a strategic international question of codependency in the Middle East, North Africa and South Europe.

In addition to buying fire-fighting planes, there is the good old tree planting process. Replanting and planting trees is important but the amount of trees alone does not necessarily help recovery. For example, there are trees that enable fires to spread. The types of trees, in what place, how many and how densely planted, are all crucial elements in keeping the balance, the diversity and containing fires.

Burning pine cones and needles can fly with the wind even a few hundred meters, creating a chain of fires. This means that the gaps between areas need to be wider than, say, roads. Planning forests with less density also supports better irrigation and helps trees grow faster and stronger with more space and light while avoiding big fires.

Hand in hand with city and urban planning, a kaleidoscope of types of lands and trees with different types of usage needs to be consciously planned in addition to creating buffer zones and burning controlled areas in the winter when needed.

Then there are laws made to prevent and help from wildfires. The Lebanese state has had excellent laws to protect forests since 1949 but they are not implemented and there is no national prevention program in Lebanon. A national strategy specifying the partners and roles nationally and locally is crucial and the implementation needs funding and coordination. Waiting for fire is more expensive and very difficult to handle. With all the different aspects that contribute to wildfires, what is needed is a holistic preventive strategy.

There is a plan

In Lebanon a risk analysis of wildfires based on environmental, geophysical and socio-economic aspects has been prepared by the Land and Natural Resources Program at the Institute of the Environment at the University of Balamand. Accordingly, suggestions on fire prevention have been produced and made public. The analysis mapped high risk areas where an average of 92% of wildfires occured. It also produced a plan for prevention, response and recovery. More specifically, an online tool called Firelab (http://ioe-firelab.balamand.edu.lb) was developed to improve fire risk management at both local and national levels. Fire danger forecasts are made available by Firelab on a daily basis but the problem remains in the lack of efficient response. Experts, specialists, NGO networks, government and local authorities need to work together as a structured and well prepared cohesive body. The media needs to be involved in raising awareness and disseminating the acquired information. Making the landscape fire-resistant and increasing citizen resilience is the way to go. Managing forests and wood is not only more easy and efficient than putting fires off, the collective work builds social cohesion and brings financial profits. This supports ecological, social and economic prosperity and the revival of rural areas.

Collective efforts add to the interest of the population in defending and developing the plans, because this work not only protects them, but brings income as tourism or farming and contributes to a healthier environment. The revival of rural living with a proper plan can help avoid the expected enormous loss of income in such areas. Strengthening the interwork and coordination between different organisations and communities would lessen forced migration, tensions between citizens and regions and contribute to a more thriving economy.

This article is based on an oline event about wild fires in the MENA-region, in September 2021, with Dr. Hicham Chenaker from Algeria and Dr. George Mitri from Lebanon. The event is part of the Green MENA Network project of the Greater Middle East Platform, the recording can be found on our Youtube channel. 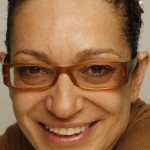