Home > Artikelen > What does the Arab youth really think?

What does the Arab youth really think?

Quite often, I read reports or articles about polls of young people in the Middle East and North Africa (MENA). I like to read these, because I'm interested in the opportunities and challenges for young people in this region. I do believe in the enormous potential of youth in the MENA (60 percent of the population is under the age of 30), and I think that above all we should ask young people themselves about their needs, wishes and dreams. But what do these polls actually say?

Recently, an article by the European think tank EUISS was published on how young people in the Arab world view their own future. The conclusions were hopeful: ‘young Araba are moderately optimistic about the future’ and ‘young Arabs feel that they have an influence over the future’. Interesting results, which could provide starting points for policies or programmes in the region.

The research consisted of qualitative focus group discussions and interviews. A footnote to the article states the size of the sample: 30. I clicked through to the extensive research report, and found the exact numbers: 8 youth from Morocco, 8 youth from Libya, 5 youth from Egypt, and 7 youth from Palestine. So 28 young people, out of a total youth population of about one hundred million.

This month also saw the release of the new edition of the Arab Youth Survey: an annual poll of young people in the Arab world (since 2008), which is always published with much glitz and glamour. Every year I am curious about the results presented, which at first glance are often interesting and sometimes surprising. The young people surveyed in the Arab Youth Survey are also quite optimistic about the future: 48 percent think they will have a better life than their parents. When asked if the best time is still ahead of them, 60 percent answered ‘yes’. On a side note, the differences within the region are large. In the Levant, only 36 percent think the best time is yet to come, with Lebanon (14 percent) as the low point.

For thirteen years, the Arab Youth Survey has been putting the thermometer into the lives and expectations of young people in the Arab world. That repetition makes it possible to make comparisons and see patterns. For example, entrepreneurship among young people is said to be a growing trend: the percentage of young people planning to start their own business in the next five years grew from 29 percent in 2018 to 43 percent this year.

Story behind the numbers

The Arab Youth Survey consists of a large amount of numbers and charts. But what do these actually tell us? What is the story behind these numbers? It’s easy to pick out a few striking numbers (as I just did) and construct your own story around them. That way, anyone can make selective use of the outcomes to fit the story you’d like to hear or tell. But what transcendent patterns can we discern?

In the accompanying whitepaper, seven ‘leading commentators’ attempt to interpret the data. But to me, that is a missed opportunity. Why were young people not asked to interpret their own data? What patterns do they see when they themselves look at all the results? Experience shows that when respondents interpret the results of a survey themselves, richer insights emerge that are closer to the context and experiences of the participants. No coincidence that ‘self-signification’ is one of the design principles of our Sprockler methodology.

A missed opportunity, then. But there is, as far as I am concerned, a bigger problem with the Arab Youth Survey. How reliable are the data? ASDA’A BCW, the agency behind the Arab Youth Survey, has limited transparency about its survey methodology. Back in 2017, an American political scientist affiliated with Qatar University wrote a critical article in The Washington Post about it. For example, the number of respondents to the survey is limited: this year only 200 young people per country participated. It is unclear how these young people were selected and whether this group is representative of the total youth population.

In addition, there is every reason to doubt the sincerity of the Arab Youth Survey. The company behind it, ASDA’A BCW, is a PR agency based in Dubai, United Arab Emirates. Their core business: ‘we help clients tell their story to audiences across the region’. Thus, the information that the company disseminates is never neutral, but part of a story that needs to be marketed. So why not assume that the Arab Youth Survey is also part of a story that a client would like to see told? In this case, the leader of the United Arab Emirates, who is quoted explicitly and with approval already in the first sentence of the preface.

Indeed, it is striking that the United Arab Emirates comes out incredibly well every year in the Arab Youth Survey. When asked where young people in the Arab world would most like to live, the Emirates are at the top for the tenth year in a row, followed only by the United States and Canada. The same goes for the question about which other country their own country should resemble: almost half mention the Emirates. The survey consistently lists the Emirates as a ‘model nation for Arab youth’. 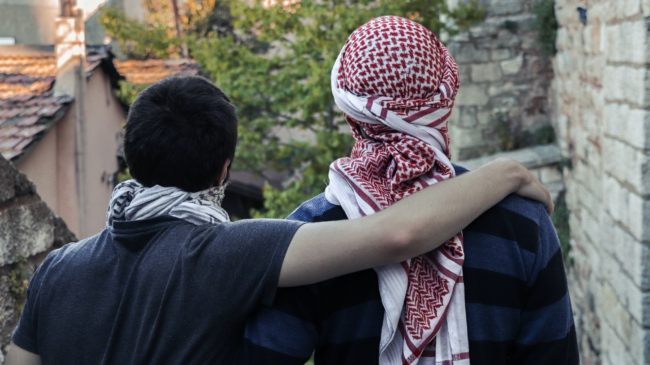 Another striking detail: over two years ago, a blogger pointed out that in the 2019 edition, Qatar no longer appeared in the list of countries. Nor were young people in Qatar surveyed in subsequent editions. Not coincidentally, Qatar is the country with which the United Arab Emirates had been in serious discord between June 2017 and January 2021.

This raises the question of how reliable the data are. Who are the participants in the survey? And how much freedom do the participants have to give honest answers, rather than socially desirable or politically expedient ones? Last year, in a podcast by a US think tank, ASDA’A BCW’s president Sunil John was somewhat critically asked about this. The 2020 edition included a question about satisfaction among young people with their own government’s policies concerning the corona pandemic. On average, 71 percent of young people said they supported their own government’s policies. Interestingly, among youth in the Emirates, this was 100 percent. This raised questions for the podcast’s host, who humorously stated that you can’t even get 100 percent of Americans to say that the earth is round. Sunil John’s response: ‘The Emiratis are very patriotic in the way they look at things.’

See here the dilemma with polls like the Arab Youth Survey. The complexity and diversity of the MENA region is simplified into quick one-liners, eagerly picked up by various media. After all, numbers and lists are satisfying. Everyone who works with and for young people in the MENA region needs information to base their policies on, and to substantiate the choices they make. Then it is tempting to use figures that are so conveniently presented.

But we also know that these polls offer, at the very least, a one-sided and distorted representation of reality. And are probably driven by political and economic motives. So how do you really listen to the stories of young people themselves, without being misled by the story the Emiratis like to tell you?