Home > Artikelen > The little Lebanese valley that could: environmentalists taunting a corrupt system

The little Lebanese valley that could: environmentalists taunting a corrupt system

When Paul Abi Rached graduated in law in the 1990’s, his country was in ruins due to the civil war that had just come to an end but had raged for fifteen years. He realized that young Lebanese had very little awareness of their environment, and of sustainability. So instead of starting to work in the field of law, he became an educator in the field of environment. He took op his guitar and wrote songs about the importance of nature. Later he founded the environmental organisation T.E.R.R.E. Liban and, as the president of the Lebanese Environmental Movement, became a central figure in the Lebanese civil society scene.

From 2014 until the summer of 2020, Paul Abi Rached played a leading role in a series of protests against dams, that culminated in a campaign against the building of the dam in the Bisri Valley. Despite being advertised as the solution to Beirut’s water shortages, the dam would, according to many experts, be damaging to the environment. It would destroy agricultural land, archaeological remains, and livelihoods, and increase the risk of an earthquake. Last February, during an online event with the Green MENA Network, Paul passionately shared his experiences of the ‘Save the Bisri Valley’ campaign, and shared the secrets of its success.

The Bisri Valley is a beautiful, broad and fertile valley in Southern Lebanon. It consists mostly of meadows, natural vegetation, river lands and pine tree forests. Buildings just take one hectare (0.2%) of the whole area, the rest is left to nature. Many migrating birds find a resting place here. Bisri Valley also has historic significance, as it lied on the old trade road that connected Sidon with Damascus, and was part of the Silk Route, connecting it to the Mediterranean Sea. The valley is scattered with Roman ruins, the Mar Mousa church, and nearly 75 other archeological sites.

The idea for a dam in Bisri Valley is not anything new: it was proposed as far back as in 1953 by the U.S. Bureau of Reclamation. But preparations only became serious when the Lebanese Ministry of Energy & Water developed a new national strategy for water in 2010. This included a dam in the Bisri Valley, to be located on the Bisri river between the Chouf and Jezzine areas, at 395m above sea level, and was forecast to have a storage capacity of 125 million cubic meters of water (the second largest in the country after Qaraoun’s 210 million cubic meters). The objective of the project was to supply drinking water to the Greater Beirut region, and to provide 11.2 MW of hydroelectric power.

The Bisri dam project was not the only dam the Lebanese government did plan. Locals’ attention was first raised when drilling and tree cutting suddenly started in Janneh village. The same thing happened when dams were constructed in Balaa, in Hammana, Brissa, and in Mseilha. Environmental groups and locals collaborated in a chain of initiatives using a common slogan: No to random dams (#NoDam #SaveLebanon). Paul explains emphatically: ’We showed the environmental and the economic costs of the dams. We environmentalists not only want to protect beautiful places, we also make a noise about this type of damaging projects. The point is that they are not legal, since no environmental impact studies have been carried out.’

In November 2015 the parliament (which had extended itself unlawfully, at a time when Lebanon was without president, but that is a different story) came together to agree on a World Bank loan for the Bisri dam project. As this was not the first dam in Lebanon, there was by that time wide spread popular awareness of the impact on nature and the local populace. The campaigns against the Janneh-, Balaa-, Mseilha-projects had been unsuccessful, but were broadly publicized in the media and social media. ‘We took a decision,’ says Paul, ‘all the people from Janneh, Balaa, Bisri, Dannaiye, and the neighboring regions, we came together to discuss our options. After all these failures, now there was a plan for a dam in Bisri. What should we do?” In July 2017 the activists had a first meeting with the World Bank Lebanon staff, and they had a video conference involving Lebanese experts and experts from the World Bank. ‘We didn’t just do demonstrations, and petitions, you see. We started a dialogue. About the many reasons the dam was a bad idea, both economically and geologically. We asked if they had explored alternative possibilities. We discussed this all with the experts from the World Bank.” In August 2018 the activists filed a complaint against the World Bank, and the World Bank’s inspection panel came to Lebanon in October 2018. However, this did not lead to a change of plans. The project was not cancelled.

Pressure on the activists increased. ‘This was the time that we, environmentalists, decided there should be a campaign outside the environmental movement. A bigger campaign, that also included opposition parties, experts and other stakeholders. And this is where ‘Save the Bisri Valley’ began.’ The campaign’s signboard became a familiar image that was seen in many protests. There was a campaign song, and the groups started a petition that had gained 140,000 signatures by November 2018. Still, in February 2019, building contractors were setting up containers in Bisri Valley. Throughout 2019 there were demonstrations every single week, as continuous reminders of the injustice of the project. Paul and his colleague Roland Nassour were invited to Iraq for a gathering of environmental groups from around world, organised by people of the ‘Save the Tigris’ campaign. The Bisri campaign gained traction in international channels, organizations like International Rivers started to care for the Bisri case. It all added to the pressure on public opinion, on the parliament, and on the World Bank. ‘Perhaps,’ says Paul, ‘the Bisri campaign paved the ways for the nation-wide revolution that started in October 2019, when big crowds demanded that politicians stepped down.’

By 2020, finally, the mood started to shift among the policy makers and the funding institutions. Some of the political parties began to support the Save the Bisri Valley case. The World Bank requested again of the government to enter into dialogue with civil society, and with the locals of Bisri Valley. But the activist movements did not want to meet with the Ministry of Water & Energy any longer, and the dialogue failed. In July, the demonstrations continued. When on 4 August the big explosion in the Beirut harbour occurred, this added to the tremendous resentment of the Lebanese citizens about the absence of professionalism within the ministries and the public institutions. If the leadership could not control this quantity of nitrate, how could it control the building of a dam that held one hundred five million cubic meters of water and that straddled a fault line?

On September 5 2020, the World Bank took a final decision to stop the loan:

Beirut, September 5, 2020 – The World Bank today notified the Government of Lebanon (GOL) of its decision to cancel the undisbursed funds under the Water Supply Augmentation Project (Bisri Dam Project) due to non-completion of the tasks that are preconditions to the commencement of construction of the Bisri Dam.

The cancelled portion of the loan is US$244 million and the cancellation is effective immediately. Certain categories of expenditures related to fiduciary and environmental/social safeguards requirements will remain exempt from cancellation at this time.

(the full text of the statement can be found here).

What makes a campaign successful ?

The ‘Save the Bisri Valley’ campaign is a case in point when it comes to learning lessons about how to successfully campaign against environmental injustice. The campaign had the following important elements:

The campaign was a collaborative effort of local and national movements and initiatives. The fact that both local, national and international activists managed to push one consistent message was very effective.

The involvement of experts, specialists and lawyers helped to analyse and discuss the case from different angles (environmentally, economically, geologically, historically, culturally, legally), together with locals and people that have lived in the area for generations, worked the land and cared for the land.

The campaign addressed public opinion, MPs, relevant ministries, as well as the (international) funding institutions and even political parties in European countries.

The campaign was developed during a time when the environmental movement felt very frustrated after objections against other dam projects had been unsuccessful. Its message resonated with wide-spread resentment about corruption and inadequate leadership among the Lebanese, as became clear when popular revolution sparked again in October 2019. At the same time, the eventual success is also due to the patience and persistence of the activists.

A photographer tookpart in the campaign and captured all activities. Flyers, brochures and pictures were shared explaining what was at stake, proposing alternative solutions, and calling for action. This was important, as a source of information countering the message sent out by the World Bank (that obviously has more money to spend on PR and communication). The banner ‘Save the Bisri Valley’ was carried at every protest activity in the country so it became a familiar image in people’s mind.

Passionate drivers and many volunteers

Paul: ‘I have to thank the thousands of citizens that helped stop the project.’ According to him, women spearheaded the movement. ‘We, the guys, were defending, and the women were pushing forward in opposing this project.’

You can watch Paul’s full presentation in Arabic on our youtube channel. 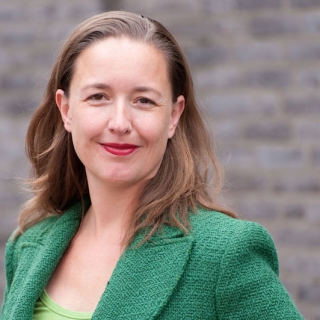